Sexual Abuse is defined as inappropriate adolescent or adult sexual behavior with a child. It includes fondling a child’s genitals, making the child fondle the adult’s genitals, intercourse, incest, rape, sodomy, exhibitionism, sexual exploitation, or exposure to pornography. To be considered child abuse, these acts have to be committed by a person responsible for the care of a child (for example a baby-sitter, a parent, or a daycare provider) or related to the child. If a stranger commits these acts, it would be considered sexual assault and handled solely be the police and criminal courts.

In order to best understand sexual abuse, a discussion about the Accommodation Syndrome is necessary. Please read through to increase your understanding of what it generally takes for sexual abuse to occur within the family or extended family.

Developed around 1983 by Dr. Roland Summit as a diagnostic tool, the Child Sexual Abuse Accommodation Syndrome, CSAAS, is at the center of a dispute: whether CSAAS can be used to distinguish between abused and non-abused children if the list of defined symptoms is present.

That list consisted of five experiences that typically occur in sexually abused children:

Retraction of the child’s allegations in an attempt to restore order to the family structure when the disclosure threatens to destroy it.

Summit has noted that since his original identification and description of CSAAS, which he refers to as “a clinical observation,” it “has become both elevated as gospel and denounced as dangerous pseudoscience.” Steward, citing Roland C. Summit, “Abuse of the Child Sexual Abuse Accommodation Syndrome,” 1 J. of Child Sexual Abuse 153, 153 (1992).

Florida overturned two convictions for retrial on the grounds that it was error to admit CSAAS as evidence. See Hadden v. Florida (Fla.Sup.Ct. No. 87,574, 1997) and Bradley D. McAuliff and Margaret Bull Kovera, Ph.D., JUDICIAL NOTEBOOK (APA, May 1997). Hadden v. Florida.

What does this mean?

Not much except that there is no conclusive evidence of its validity and reliability in a court matter.

What does this mean to you?

It means you can listen to the information and decide for yourself whether to accept it or reject it.

After working with sexual abuse victims and their families for years, Goodman Therapy believes that it is generally useful and at worse, is a source of discussion to stimulate conversation about the family dynamics. We also recognize that CSAAS may have limitations and that many families do not necessarily fit into this mold.

What is interesting is that the syndrome has a very logical attribute and while listening to the five stages, it makes sense and conceptually it matches what one might expect when thinking of how, under the same roof, a father is able to molest his own child with his wife asleep in the bedroom, and commonly the victim’s sibling(s) are asleep in the bed right next to her.

So what does this entire syndrome really mean?

The very core of the emotional harm done to the child is based on many factors including but not limited to the following:

With all of this being said, the point is that the victim’s idea of intimacy is completely destroyed by the sexual abuse and there is no way to be sure when and how this going to impact the victim.

Children and adolescents can grow up showing no signs of symptoms of the abuse until they reach maturity.

One such woman, Andrea A reports that as a child and adolescent she was scared to death of men and boys. She did not have a boyfriend until age 19, but by age 20 she was a stripper and an escort.

Another such youth has been sexually acting out since the age of thirteen and she was already pregnant by fifteen with a second child on the way at seventeen. 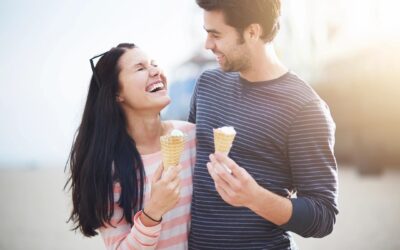 As a therapist providing relationship therapy, I suspect this question is frequently asked because many people are unhappy in their relationships and whether they remain with their partner or they break up, this question often arises. In either scenario, there's a... 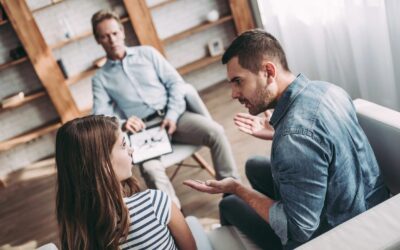 WHY WON’T YOU TALK TO ME? BECAUSE YOU’RE SCREAMING AT ME! | Couples Therapy

The title of this article is a common theme encountered when working with couples who enter couples therapy. Both partners maintain their position that they each handle conflict in reaction to the others inappropriate style of communication.  Whether that is yelling... 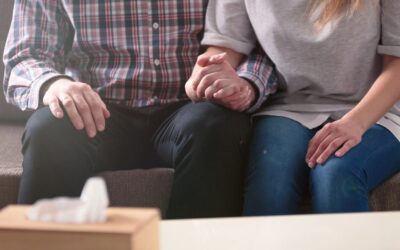 Couples Therapy | The Right Formula For Solving Conflicts In Your Marriage?

I provide couples therapy with the motto that a relationship doesn't need to be issue free to be successful. Instead, the definition of a healthy relationship is one where the partners can identify their issues, agree upon them, and can productively discuss them. I...

To contact Goodman Therapy, please complete the form below in its entirety. This will allow us to be prepared when we contact you. Thank you.